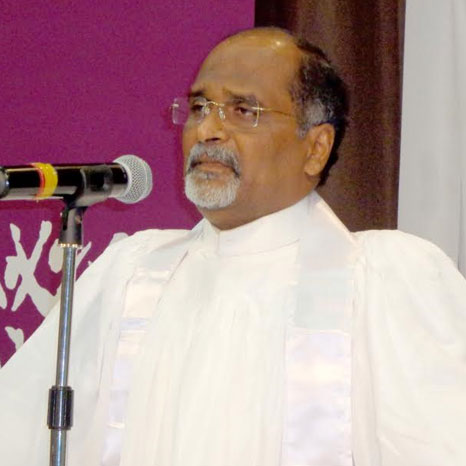 We seek God above all things

The official inauguration was held on the 6th of February 1999, the service lead by Rev. William Samuel of CSI Parish, Dubai and Rev.V. David, Vicar of CSI Tamil Parish, Abu Dhabi. Since then we started Regular services and Holy Communion services in houses. This went on for about three months and due to security reasons, we were unable to continue doing the same. In August 2000 we got a place to worship at the Hilton Hotel. Until then, it was arranged to attend Communion in CSI Tamil Parish, Abu Dhabi and we were able to go twice a month. By the grace of our Lord Almighty, we got permission to worship in TEAM facility from 21 March 2001. We earnestly thank Rev. Stantan Rubesh, the TEAM Field Chairman for granting us to worship in the main hall. The pastors from CSI Tamil Parish, Abu Dhabi gave us the pastoral care and helped a lot in the growth of Al Ain congregation.

In 2007 Annual General Body meeting held at CSI Tamil Parish, Abu Dhabi, our request has been accepted to function as independent pastorate. As a result, CSI Synod accepted CSI Tamil Parish Al Ain, and on 17 April 2008, The Moderator of CSI, The Most Rev.Dr. J.W.Gladstone dedicated this church to the glory of God and provides with a presbyter from CSI.

From 17 April 2008, Rev. E. Sunin Spenzer took charge as the first full time Pastor of our church. The Moderator of Church of South India remains as the Bishop of our church and he served till May 2011. Then Rev. D. Isaac Sundar Singh continued the Ministry until May 2014, followed by Rev. Davidson Paul Jacob from June 2014 To May 2017. Our present presbyter Rev. M Christopher Rajendran took over the ministry on June 2017.

3rd Saturday from 7.00pm onwards"That is, that we may be mutually encouraged by each other's faith, both yours and mine. - Romans 1:12"

2nd and 4th Friday from 6.30pm to 7.00pm in Church & Wednesday 7.30pm to 8.30pm in the parsonage"This Book of the Law shall not depart from your mouth, but you shall meditate on it day and night, so that you may be careful to do according to all that is written in it. For then you will make your way prosperous, and then you will have good success. - Joshua 1:8"

Last day of every month from 11.30pm onwards in the parsonage"Do not be anxious about anything, but in everything by prayer and supplication with thanksgiving let your requests be made known to God. - Philippians 4:6"